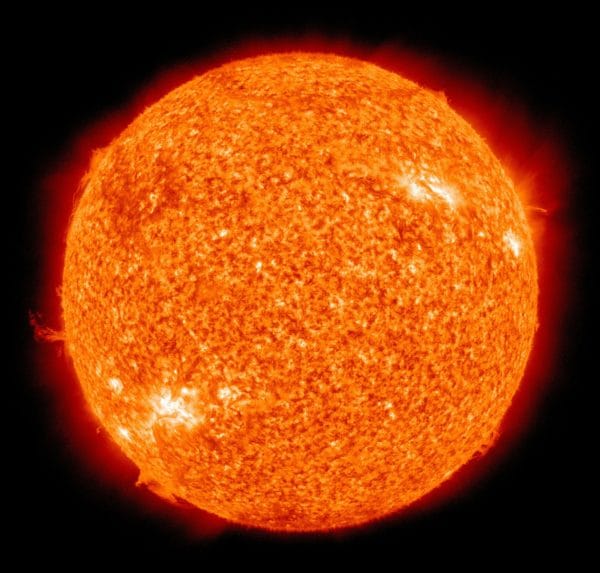 All About the Sun: Activities and Resources

When you learned the song “Twinkle, Twinkle Little Star,” did you ever think it might be referring to the sun? The sun is our closest neighboring star, and by studying the sun, we can learn a lot about stars in general. We can also learn about the impact that the sun has on our planet. From heat and light to food, clothing, shelter, and even our measurement of time, nearly everything in our lives is affected by the sun.

In ancient times, Egyptian, Indo-European and Meso-American people worshipped the sun as a god. Solar eclipses of the sun were really scary because people didn’t know why eclipses happened. When the sun went dark because the moon passed in front of it, people thought that it might be the end of the world or some sort of punishment from the gods they believed in.

Anaxagoras, a philosopher and scientist who lived in what is now Turkey, suggested in 450 B.C. that the sun is a star. He was right, but for many years, people didn’t believe him. Even more controversial was the idea that Earth orbits the sun. Nicolaus Copernicus, a Polish astronomer during the early 16th century, spent years trying to prove this theory. A hundred years later, Galileo Galilei, an Italian physicist and astronomer, was put under house arrest for supporting Copernicus’s idea.

We have come a long way since the days of Galileo. Today, we know much more about the sun and Earth’s relationship with it, in part because humans have developed more advanced tools.

The telescope was created in the early 1600s, although who invented it is disputed. The first telescopes were made with a concave lens in the eyepiece and a convex lens on the far end. They were intended to help people see distant objects and activities on Earth. Surveyors used them to measure land, and military officers used them to analyze threats and to watch battles from a distance. But Galileo immediately saw the possibilities. By 1609, he had improved the design so it could magnify images much better. Three years later, another famous astronomer, Johannes Kepler, changed the eyepiece lens from a concave shape to a convex shape. In 1668, Isaac Newton added a diagonal mirror to the design. This reflected more light to the eyepiece. Since those years, telescopes have undergone many more changes and improvements.

Astronomers are developing even more advanced tools for observing and measuring the sun. For instance, scientists hope to learn more about solar flares using something called a Frequency Agile Solar Radiotelescope, which is still being developed. The Daniel K. Inouye Solar Telescope, the world’s largest solar telescope, was built to help us learn about changes in the sun’s magnetic field. And the Solar Dynamics Observatory is a spacecraft that was launched in 2010 to collect data about the sun. It’s expected to remain in orbit around Earth until 2030.