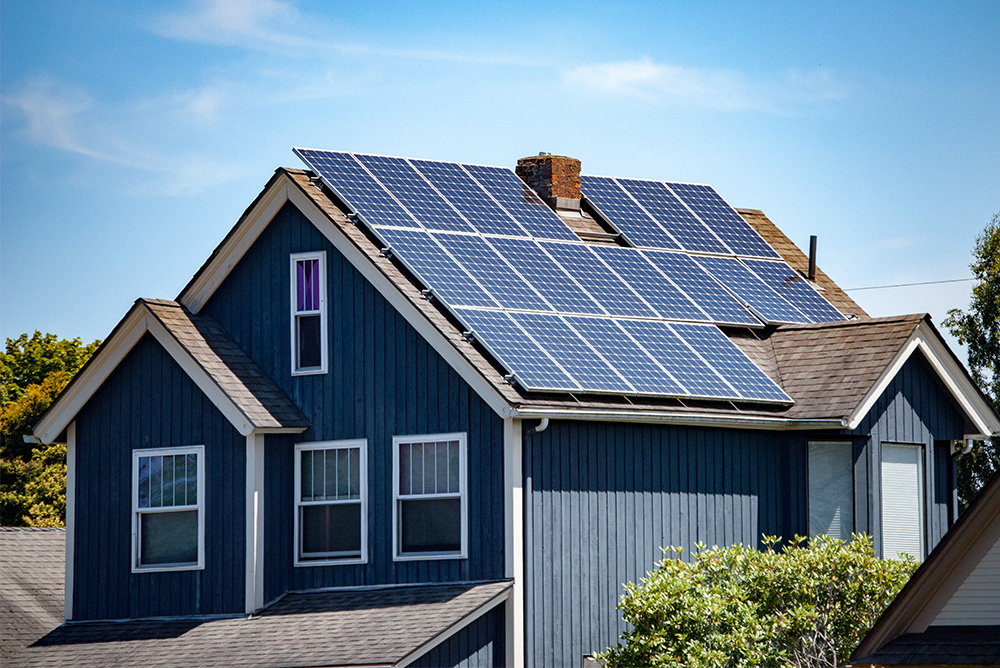 How do Solar Panels Save You Money?

When you use electricity in your home, you buy it from your utility at a certain rate, most often represented as “cents per kilowatt-hour (kWh).” Many utilities have different rates (or tiers) depending on how many kWhs you use, the time of day, and the amount of demand for energy on the grid. This can get expensive, especially during times when you need to run higher-consuming appliances in your home, such as a clothes dryer or air conditioning unit.

According to the US Energy Information Administration, the average home energy consumption in 2018 was 10,972 kWh, which is just slightly over an average of 914 kWh per month. The average cost per kWh varies greatly from state to state. While the national average for March 2020 is roughly 13.08 cents per kWh, some states averaged as high as 23 cents per kWh. That’s upwards of $200+ for your monthly utility bill…and that’s just an average! We’ve even seen some utility bills as high as $700 a month or more in the summer months!

Unless you plan on living in an area where there is no electricity or utilities available, you will still have a utility bill…but don’t worry – it’s not what you think!

Most residential solar is “grid-tied”, meaning you stay connected to your utility while taking advantage of the energy your solar panels generate. This means that there will still be monthly services charges you will pay for staying connected, but generally speaking, these are often far lower than the costs associated with energy usage.

Don’t let the idea of “I will still have a bill” drive you away from the amazing potential savings you can get with solar. Because your panels can nearly eliminate the most costly part of your electric bill, the savings outweigh the utility’s monthly fees, and in some cases, may be able to indirectly pay for them, too!

In our experience, your electric bill after solar panels will look as clean as the energy you generate, but don’t just take our word for it – contact a LGCY Power energy consultant today to find out how much you could potentially save!