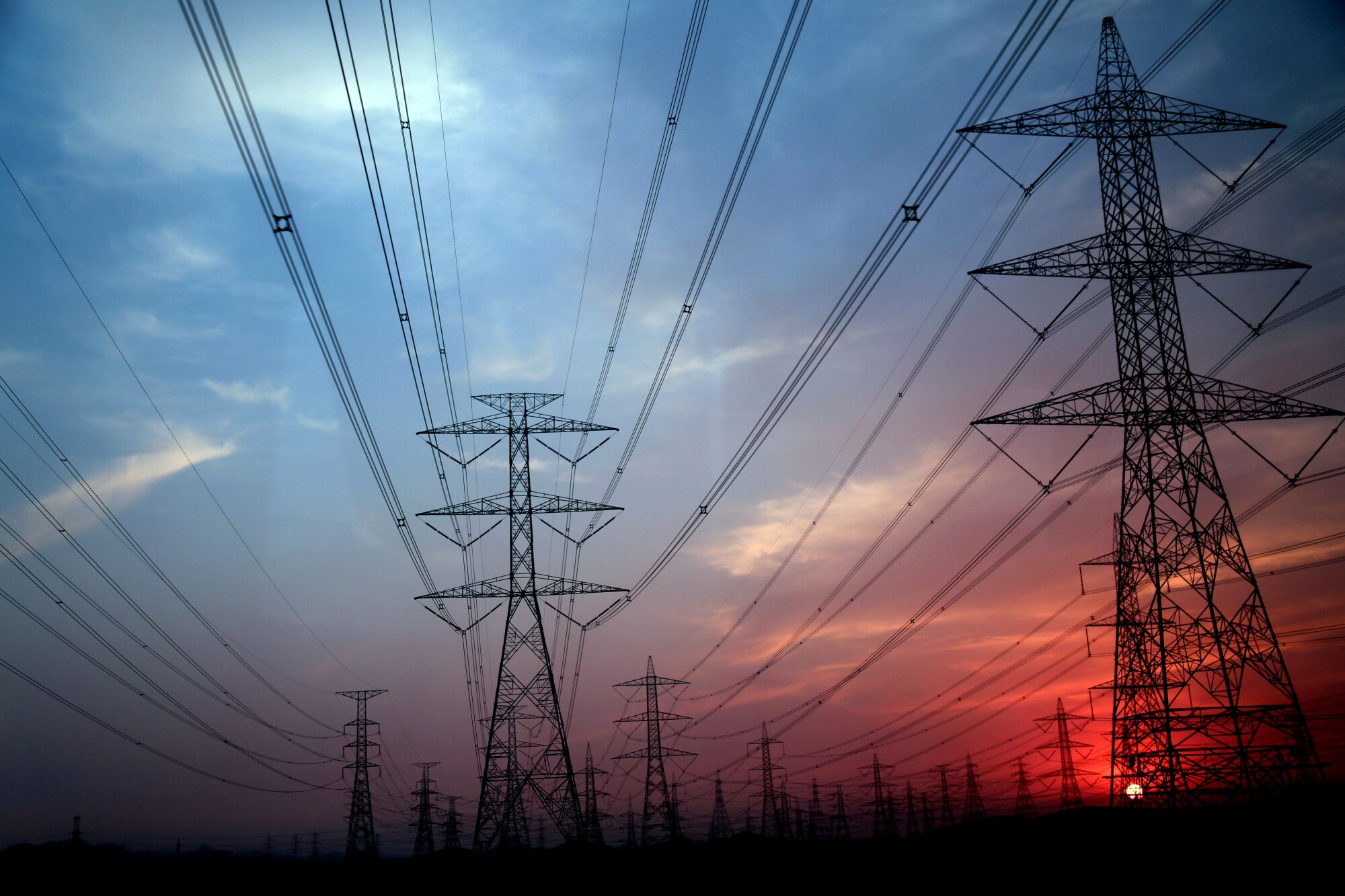 The US power grid began serving consumers in the late 19th century and was a major factor in the fast economic uprising of the nation. Despite the fact that most people use the power grid, few understand how it works, much less the modern complications of its operation.

As more people make the switch to renewable energy, they can expect shifts in the very systems that impact their electricity use. In order to understand how these changes affect one another, one must trace its history back to its origins in Thomas Edison’s Pearl Street Station in lower Manhattan in 1882.

The History of the US Power Grid

The electric grid is as much a fixture of US history as the signing of the Declaration of Independence. The first recorded electric distribution systems date back to 1882 in New Jersey and Manhattan. They used direct currents across copper wires.

Historians credit Thomas Edison with creating more efficient generators to replace those used in this system. By 1907, Edison would become the first person to merge power services into a single company. Thus, the single US power grid was conceived.

From that point on, power grid expansion grew at a rapid pace. By the end of 1969, the US had over 60,000 circuit miles of power lines across the nation. But as energy sources diversify and progress, more people question whether the US power grid is the most efficient delivery system.

How the US Power Grid Works

The power grid accounts for up to 60% of the power in the US. The process of creating power and sending it to citizens happens in three steps.

Many people are aware of natural electricity like static and lightning. But, the energy we use every day doesn’t come from thin air like those examples. Instead, electricity goes through a generation process.

Generation happens at power plants. The U.S. Energy Information Administration reports that there were over 11,000 power plants in the US at the beginning of 2021.

Power plants house electric generators that convert fossil fuels (like coal or oil) into usable electricity. The use of these fuels opens the power grid up to criticism at its very conception. Environmentalists attest that, as a limited resource, using fossil fuels is inherently unsustainable.

Think of transmission as large-scale distribution. Using long-distance power lines, massive amounts of electricity travel along the power grid to different regions. Electricity flows through these lines in two ways.

The power lines in your neighborhood are part of the US power grid distribution system. They localize and distribute power from the regional level to each building- including your home.

Is This an Effective System?

There are many ways in which the US power grid is efficient. The three-step process by which it functions is simple, expandable, and centralized.

However, it’s anything but unshakable. Major storms or events, like Hurricane Sandy in 2012, have a huge impact on how people get power during emergencies.

More than 8 million people couldn’t access power for days following Hurricane Sandy. The storm wiped out utilities faster than they could repair or replace equipment before it was overtaken by flood waters.

Not to mention the fact that it isn’t safe for workers to fix power lines in inclement weather. However, since electricity is an amenity people rely on to survive during emergencies, not having it can prove fatal. Solving the problem of energy delivery in crisis situations is part of why there’s so much focus on alternative energy sources like solar energy to decentralize energy distribution.

The US Power Grid: Complications and Limitations

While the US power grid has a long history in the nation, the future outlook of this system is more daunting than ever. Its failures have become more frequent in recent years.

On average, each American dealt with over 8 hours of power outages in 2020. Increasing outages are an alleged result of more extreme weather patterns.

So, although the system hasn’t changed, there are more blackouts than ever before. The most obvious solution to this issue would seem to be grid modernization. For the US power grid, modernization would require moving power lines underground, making exposed lines fire-resistant, and other protections against harsh weather patterns.

So far, the Biden administration has reserved $65 billion for modernizing the US electric grid. However, the project is subject to many roadblocks. From pushback at the state level to securing permits and integrating renewable energy into the grid, it could take years to modernize.

We’ve already briefly touched on the unsustainability of the US power grid since it relies on fossil fuels. Amid America’s growing concern for the environment, more people are searching for sustainable solutions. This includes decentralizing their energy consumption using renewable energy.

Renewable energy threatens the viability of the US power grid. Even though many renewable energy users still use grid lines to power their homes, a process called net metering means they don’t pay back into the grid. With net metering, power companies must buy unused electricity back from solar energy users each month at the full rate.

While net metering encourages making the environmentally-friendly choice, it’s a financial detriment to the existing grid. As people take their power supply into their own hands, less money goes to power companies.

One way to offset this is to integrate renewable energy into grid modernization. In that way, the grid will empower people to make eco-conscious choices using it.

Alternative Energy and the US Power Grid

However, there are other sustainable energy integrations available. Other options include wind and hydroelectricity. Moreover, you can look into hybrid systems, such as supplementing your wind electric system with a solar battery.

When integrating renewable energy into a home or business, you have two options. The first is to connect your system to the existing grid. The second is to take it off grid. Each option has its pros and cons.

Connecting Renewable Energy to the Grid

Renewable power sources connected to the grid have a myriad of perks- the first of which is net metering. If you’re producing more electricity than you’re using, the grid diverts that power to other places. But, at the end of the month, you get paid for providing that electricity.

Moreover, you still have access to grid-generated power. That means that if your renewable power sources run out, you won’t lose access to electricity.

But, connecting your renewable energy system to the grid has its drawbacks. For example, you’ll still experience blackouts when power lines go down during extreme weather or when routine maintenance happens. That is unless you have a backup battery or generator handy.

The main perk of going off grid with renewable energy is decentralized power. The energy produced by your system is yours alone.

Of course, these systems are also susceptible to harsh weather. However, you have more control over their maintenance and repair. So, a downed pole two neighborhoods away won’t impact your access to electricity.

The downside to all off grid renewable energy options is that they are often out of your control. Even with battery storage, long stints of overcast weather can cause homes that rely on solar to lose electricity. The same goes for wind and hydropower which rely on the weather to generate energy.

Finally, depending on your power provider, you may not have a choice in whether you connect or go off grid. Your power provider will be able to tell or direct you to their requirements for renewable energy.

Will Off Grid Renewable Energy Power my Home?

One question many consumers face is whether off grid renewable energy will be enough to power their entire home. The answer to this question relies on many factors including:

Depending on your location, you may not be able to power an entire home on renewable energy alone. But that doesn’t mean you should give up on using it- just supplement your renewable energy with the US power grid.

How Many Solar Panels to Power a House Off Grid?

Off grid solar installation should consider your energy uses and sunlight availability at your location. Solar installers will help you figure out how much solar panel space you’ll need based on your average monthly usage and climate.

But as a general rule of thumb, experts recommend 5 kilowatts (kW) for every 1,000 square feet. Depending on the wattage you choose for each panel, that equals 15-18 solar panels for a 1,000-square-foot home.

The US power grid is a centuries-old system in desperate need of modernization. But, with roadblocks and red tape, it’s impossible to guess just how soon that will come. In the meantime, alternative energy is the best way for consumers to empower themselves.

LGCY Power is a leading solar company that services businesses, nonprofits, government buildings, agriculture, and residential. To learn more about going solar or to get a solar installation quote from one of our licensed and experienced electricians, contact us today.