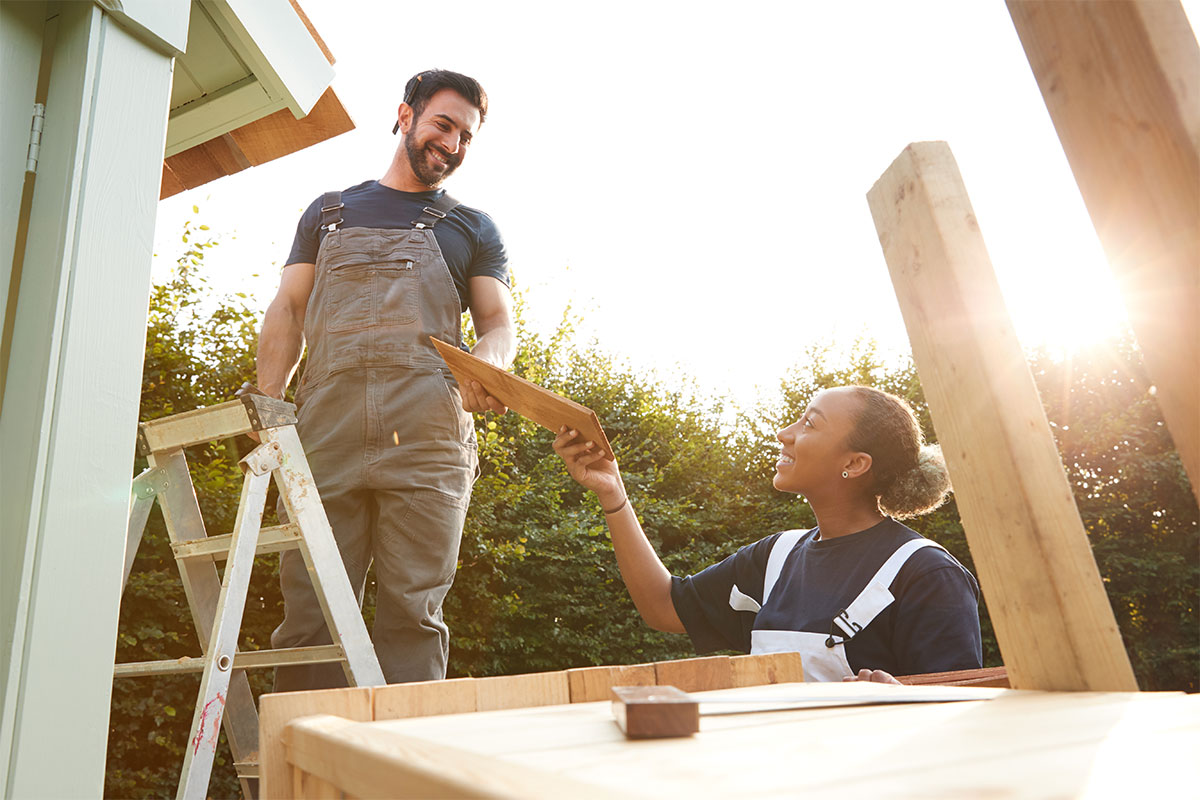 You’ve finally decided to make the switch to solar panels at home. But now you’ve come to the part where you’re weighing all of your options. A few of your neighbors, co-workers, and friends who went with LGCY Power for their solar conversion couldn’t be happier, saving significant money on their power bills.

But you’re also considering DIY solar panel installation after watching a few YouTube videos. You probably think the DIY route will save you money (it won’t, as we documented here) And you’ve even gone as far as to Google, “Can you install solar panels yourself?”

Now would be a good time to STOP and strongly reconsider. The fact is that trying to install solar panels yourself can (and probably will!) cause serious damage to your roof and even your home – not to mention the fact that it’s dangerous for non-professionals.

It’s not that solar panels cause damage to your roof – it’s when a homeowner or non-professional tries to install them that ROOF problems multiply (significantly increase).

Remember that most solar panels are affixed to a roof using a complex but battle-tested system involving bolts, straps, and nails. Although before you take out your hammer, screwdriver, and drill, weekend warriors should hit pause.

Whew, we may have saved you from a terrible decision!

So why is installing solar panels yourself such a bad idea?

Ask any roofing contractor and they’ll shake their head in dismay at the mere idea of a homeowner getting up on their own roof and installing solar panels – or doing any major work to such a crucial facet of your structure.

According to roofing and construction professionals, there are four commons reasons why DIY solar installs cause havoc:

Let’s go over each of these briefly:

When you install the new solar panels to your roof, you’ll most likely do so with a rack system that’s affixed with nails and lag bolts. Those nails or bolts pierce the roof shingles, membrane, and wood layer, driving them into the subroof or rafters below.

(If you find yourself wondering what a membrane or subroof is, you definitely should abandon your DIY ambitions and call LGCY Power right now!)

Obviously, that leaves a hole right in your roof – which is not an issue when you use a professional installer. Pros use a system of high-tech flashing and sealant or tar to plug and waterproof the holes.

Lastly, the pro installer will meticulously test the roof to make sure there are no weak spots, gaps in waterproofing, or issues.

The sound of holes in your roof may sound precarious, but when handled by licensed, professional installers like those who team up with LGCY Power, the roof’s waterproofing and structural integrity are not compromised at all.

With DIY solar panel installation, it’s very common that homeowners find a nasty, very wet, and extremely expensive surprise the first time it rains. The cost of any potential roof leak or water damage to your home is exponentially higher than the cost of doing it right the first time with a professional installer!

Without solar panels, direct sunlight barrages your roof all day, every day, heating up the attic or space below. But once panels are in place, it absorbs most of that heat, creating a cooling effect on the roof and structure below. According to a prominent study published in Phys.org, solar panels can reduce a home’s internal temperatures by up to 5 degrees in the summer, making solar panels an even bigger energy efficiency winner.

However, when homeowners try to install panels themselves, they’ll likely fail to optimize that cooling potential.

Installing on an older, damaged, or wrong type of roof

Certain types of roof materials are more vulnerable to issues with leaking, cracking, and other damage. If your roof consists of wood shingles (also called ‘shake’), or clay, slate, or terracotta tiles, you won’t want to install solar panels into those surfaces.

Instead, pro installers know where to replace or augment specific areas of your roof, so they are good connecting points for solar panels.

Another common problem with DIY solar panel installation is when homeowners try to add a new solar system to an older roof. Over time, shingles, membrane, flashing, etc. all deteriorate, creating cracks, soft spots, or dry rot. Installing new solar panels to those roofs can expose and accelerate those problems – which means more leaks and potential water damage.

Instead, a pro installer will carefully inspect your roof before installation, fixing or replacing problem areas to ensure the roof is in optimal condition to house solar panels. When you turn to LGCY Power for your solar needs, our industry-leading installers will also check your roof for slope, exposure to sunlight, the building height, potential wind, and your roof’s load-carrying capacity and framing.

Unless a homeowner happens to be a licensed roofing contractor, those are all things they’ll miss!

Other problems with DIY solar installation

We’ve talked a lot about the roof, attic, and rafters, but haven’t even touched on the home’s electrical system, which must be correctly wired to the solar panel system. Incorrect wiring, the use of the wrong materials, and other issues cannot only reduce your new solar system’s efficiency but can be flat-out dangerous.