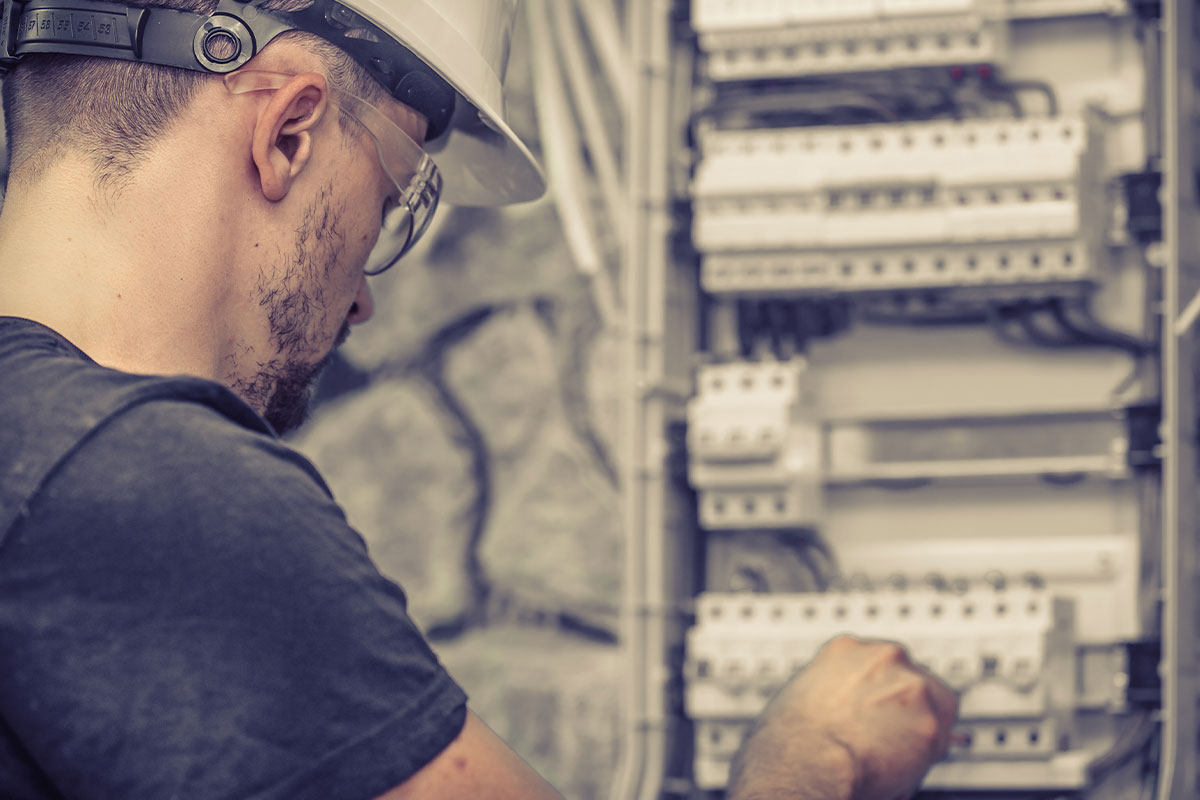 One of the most important aspects of the decision to install solar panels at your home or business is determining how much energy you need. Solar providers will sometimes discuss their energy capacities in terms of megawatts, but in order to put that in context, we should first talk about how the wattage system works and how many watts a megawatt actually is.

To begin, let’s outline how wattage is measured. A watt is a unit of power that’s used to determine the rate of an energy transfer. The more watts you have, the faster the electrons are flowing through your electrical system. One watt is equal to one joule per second of energy flow.

Take a 100-watt lightbulb as an example. The 100-watt rating means that this bulb consumes power at a rate of 100 joules of energy per second. If you turn on the light and leave it on for an hour, the lightbulb will consume 100 watt-hours. These rates are typically described in terms of kilowatt-hours — a kilowatt-hour is equivalent to 1,000 watt-hours, so our lightbulb example would come out to 0.1 kilowatt-hours.

If a kilowatt is a thousand watts, what is a megawatt? Much like a kilowatt is comprised of 1,000 watts, a megawatt is 1,000 kilowatts, or in other words, one million watts. The reason kilowatts and kilowatt-hours are the standard measurements for consumer electric bills is because megawatts are often simply too large a unit of measurement to apply logically to a home electrical system. However, energy utilities and solar providers will occasionally use the term megawatt-hour instead.

A megawatt-hour is typically abbreviated as “MWh,” and this term indicates the usage of 1,000 kilowatts in one hour. To put this into perspective, a couple of common small appliances you’ll find in most kitchens have a 1,000-watt rating — the microwave oven and the coffee pot. Because 1,000 watts equals one kilowatt, you would need to run your coffee pot continuously for 1,000 hours, without ever turning it off. This would end up using one megawatt-hour of energy.

How much energy does the typical American home use? In general, a modern home uses somewhere in the range of 11 megawatt-hours on an annual basis, which is why you’ll typically see kilowatt-hours on your monthly utility bill instead of megawatt-hours. After all, when you’re using less than one megawatt-hour per month, there are probably more suitable units of measurement to describe this level of energy output.

Solar providers will sometimes use megawatts and megawatt-hours when discussing their capabilities, simply because the sheer number of kilowatt-hours would get a bit overwhelming. There is actually another common unit of measurement beyond the megawatt as well, which is the gigawatt. As you might expect, a gigawatt is equivalent to 1,000 megawatts, one million kilowatts, or one billion watts.

Gigawatts are a useful unit when discussing the national or worldwide scope of the solar industry’s capacity. For instance, using data from the Solar Energy Industries Association — a national trade association with more than 1,000 member companies across the United States — we were able to determine that the total nationwide solar capacity in America is a whopping 81 gigawatts. That’s enough energy to power nearly 16 million homes! In addition, the SEIA indicates that America’s solar capacity has increased by nearly 50% per year for the last decade.

Overall, the main thing you need to keep in mind about every level of watt and watt-hour is that — just like many other units of measurement in the metric system — these measurements escalate in terms of one thousand. There are 1,000 watts to a kilowatt, 1,000 kilowatts to a megawatt, and so forth.

When analyzing your personal energy needs — whether that’s for your home or your business — you’ll likely be dealing in terms of kilowatts and kilowatt-hours. Still, it’s always nice to have a level of familiarity when it comes to your total annual energy usage, which is a measurement where megawatts and megawatt-hours will be convenient terms to know.

Do you have any questions about megawatts or megawatt-hours? Or perhaps you’re wondering how much solar energy you would need to power your home or business? Give LGCY Power a call today! Our highly experienced and knowledgeable Energy Consultants can help you answer all of your tough questions about solar power.