Most homeowners know that solar energy can save them money compared to purchasing electricity from their utility company. In addition, the vast majority of people realize that solar energy is a far more environmentally friendly option to power their homes than fossil fuels are. However, we find that many people still don’t know how much energy they could generate with a residential solar power system.

How much power does a solar roof generate? There are plenty of variables involved in answering this question, so let’s walk through them one by one and determine how each of them affects the output of a solar power roof.

How to Determine Your Home’s Solar Energy Potential

There are many variables involved with assessing a home’s solar energy potential. From the angle of your roof to where it’s located to the square footage you have available, it’s difficult for us to provide a one-size-fits-all answer for the question, “How much power does a solar roof generate?” That said, most roofs have the potential to produce far more energy than your home could ever use.

The typical American rooftop measures around 1,700 square feet. With the average solar panel being square with 17.5 feet per side, we can assume that an average roof should be able to hold roughly 100 solar panels, which would generate enough electricity to power your home several times over. That said, how can we figure out the solar energy potential of your rooftop?

While this won’t produce an exact estimate, you can probably get pretty close. All you need to do is divide the square footage of your rooftop by 17.5, giving you the number of panels that can fit on your roof. Then, you can multiply that number by the wattage rating of your solar panels (usually somewhere between 250 and 400 kWh) to come up with the energy potential of your solar power roof.

How Much Does Geography Affect Solar Generation?

Where you live has a significant effect on how much power your solar roof generates. The potential of a solar power roof is directly tied to how much sunlight it receives on a typical day, which varies greatly based on your location within the United States. For instance, roofs in Arizona and Nevada routinely surpass six hours of direct peak sunlight per day, while parts of New England and the Pacific Northwest don’t even get four hours. (The sun is up for longer than this, but solar energy potential relies on direct peak sunbeams.)

This means that the exact same system installed on a roof in Phoenix can generate nearly twice as much energy per year as it can in Boston. To figure out how much energy potential you should expect from your solar power roof, check out this helpful solar irradiance map from the National Renewable Energy Laboratory, which indicates how many kilowatt-hours your rooftop array can generate per square meter of roof space per day.

How Does the Size of Your Roof Affect Solar Energy Potential?

Roof size is another major determinant of your home’s solar energy potential. The bigger your roof, the more solar panels you can put on it, and the more electricity you can generate. It’s important to remember that you likely won’t cover your entire rooftop with wall-to-wall solar panels, so take these figures with a grain of salt. That said, it’s still eye-opening to see how much roof size correlates to residential solar energy potential.

If you have a very small home with a 500 square foot rooftop, you can probably only fit 25-30 solar panels on your roof. How much power does a solar roof generate with this little space? If you assume an average of five hours of direct peak sun per day, this system would likely generate somewhere between 40,000-50,000 kWh per year. Meanwhile, if your rooftop has 2,000 square feet available for solar panels, it could generate around 185,000 kWh per year with the same amount of daily sunlight. For reference, the typical American home uses around 11,000 kWh per year, so either system would produce much more electricity than you could reasonably use.

Which Variables Most Affect a Rooftop’s Solar Energy Potential?

For some homeowners, solar power roof space might be a big deal, especially if your roof is heavily shaded or if it’s angled in a manner that slopes away from direct sunlight. However, most residential rooftops have vastly more space than you would ever need for your solar energy array, so this really isn’t much of a factor for most homeowners.

The size and production of your solar energy system itself is always a factor, as more efficient solar panels can generate more electricity with the same footprint. Likewise, the efficiency of your system’s solar inverter can make a big difference, especially when comparing relatively low-efficiency string inverters to higher-efficiency inverters like optimized string inverters and microinverters.

Unfortunately, the biggest variable for many homeowners is one that they can’t change: location. If you live in a city that doesn’t receive much daily direct sunlight (like Seattle, for example), it’s unavoidable that you will need more solar panels to generate the energy you need to run your home. Don’t get us wrong, it’s still entirely possible to create a cost-efficient solar power roof for a home in Seattle, but it might take a larger upfront investment to make it a reality.

If you have any further questions about the energy potential of a residential solar power roof, don’t hesitate to reach out to LGCY Power (855.949.1824) at your convenience. We would be happy to talk you through the process of determining how much solar energy you can generate for your home! 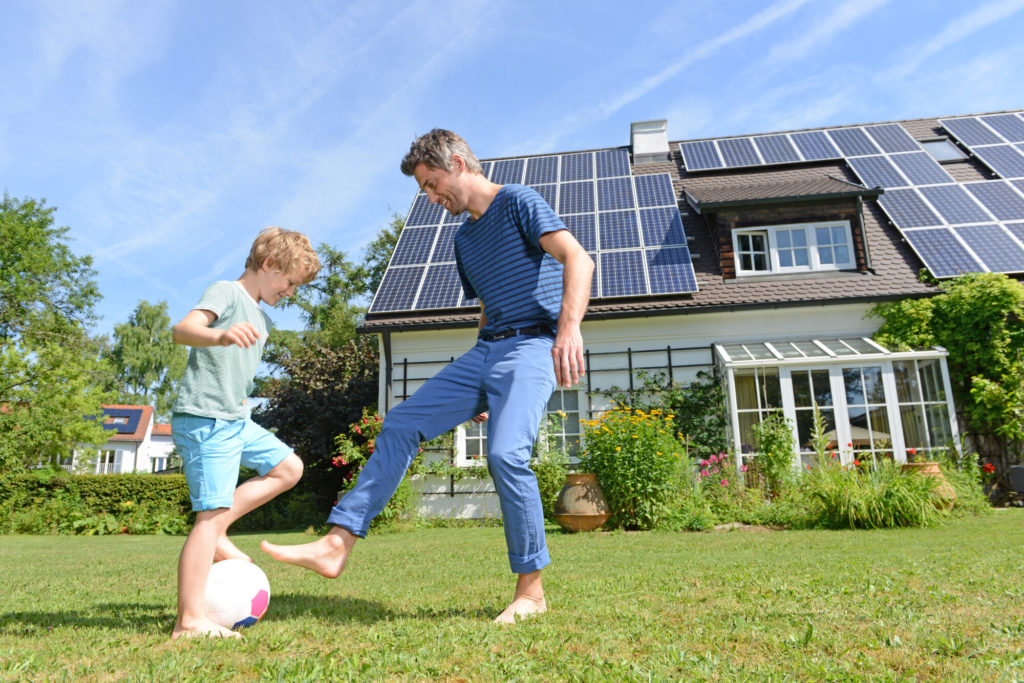 19 Ways To Save Energy and Money for Homeowners