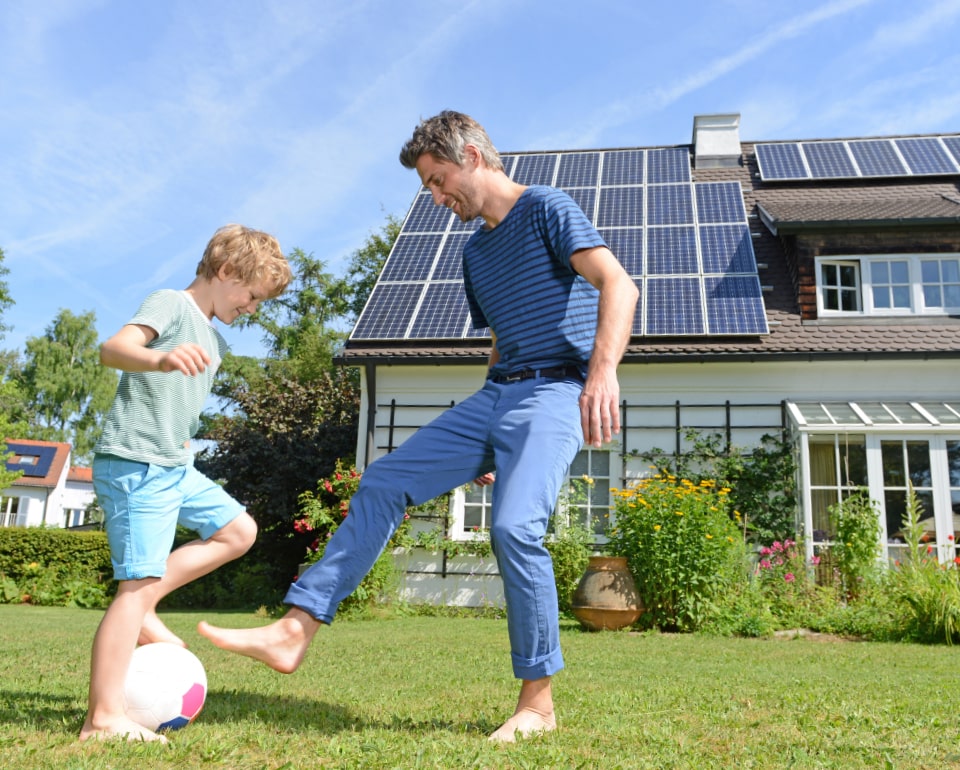 Twice a year, most of us set our clocks forward or back in observance of Daylight Savings Time. Whether it’s springing one hour forward in March or falling back one hour in November, Daylight Savings Time (DST) gives us an extra hour of daylight in the evenings during the winter season when days are shorter. According to Scientific American, approximately 25 percent of the world’s population observe daylight savings, losing an hour of sleep or gaining an hour of sunlight.

There are plenty of studies and even a little controversy surrounding the question, how does daylight savings time save energy? So, it’s first important to look at the history of Daylight Savings.

The History of Daylight Savings Time

Daylight Savings didn’t come to fruition until World War I, when Germany saw that an extra hour of sunlight would help with work, wartime production, and conserve energy. By the end of WWI, the United States was doing the same, asking Americans to set the clocks back as a temporary wartime measure, and they picked up the practice again in WWII to stretch the days and conserve energy.

If those dates don’t sound entirely familiar, it’s because in 2007, those dates were adjusted to the first Sunday in November and the second Sunday in March.

How Does Daylight Savings Time Save Energy?

The conventional wisdom went that if we are able to spend an extra hour outdoors, we wouldn’t need to turn on lights, watch televisions, or use other appliances, saving electricity. Just by keeping the lights off for an hour, Daylight Savings Time saves energy, right?

Of course, some thought daylight savings was a great idea and lobbied hard for it, like retailers and farmers, among others who would benefit. (In 1986, lobbyists for the golf industry told Congress that an additional four weeks of daylight savings would generate  about $400 annually in extra revenue and sales on golf courses across the country!)

What The Research Says About Daylight Savings

Those opinions aside, let’s look at the research to see how Daylight Savings Time saves energy (if at all).

In the 1970s, during the U.S. oil crisis, the U.S. Department of Transportation conducted a study and found that Daylight Savings Time (DST) decreased overall electricity consumption by 1 percent, but not because of its intended effect – reducing home energy and heating needs.

The U.S. Department of Energy published a report in 2007 when Congress extended DST four weeks. Their findings were consistent with the DOT, as saving daylight only lowered energy use by 0.5 percent (half a percent) each day. They discovered that although there was some nominal energy savings in the late afternoon/early evenings, people used their heat and lights more in the mornings. In total, Daylight Savings Time saved the country only 1.24 terawatts or 0.03 percent of our total electricity demand.

That may seem like nominal electricity savings, but in their 2008 report on that analysis, the DOT noted that 1.24 terawatts could power 100,000 U.S. households for a whole year. Additionally, their study looked at residential power savings but not the effect of DST on commercial energy usage, which could offer more savings.

The extension of Daylight Savings Time in 2007 also provided a valuable opportunity to compare the before-and-after energy usage and test its efficacy to save energy.

Adrienne Kandel, an economist for the California Energy Commission, did just that, conducting a study into California’s energy usage before and after the 2007 extension of DST. She found that Daylight Savings had little or even no effect on how much energy was used in that state. The energy savings was only 0.2 percent over those extra weeks of DST, well within the 1.5 percent statistical margin of error.

A large-scale European study found that Daylight Savings initiatives reduced the energy used for lighting only marginally, but the demand for home heating actually increased by 9 percent, making DST a resounding net negative.

And a report by the National Bureau of Economic Research in the U.S. found that while energy for lighting did decrease, the use of power for heating and cooling rose significantly.

Accurately gauging if Daylight Savings Time saves energy is a tricky proposition. This smattering of studies and reports also lack any uniform scientific methodology, and many factors are at play.

For instance, through the 1960s, it was lighting that cost us the most in electricity, although now lighting has become exponentially more efficient – and cheaper. In the 1970s, it was the skyrocketing price of oil that dictated the lion’s share of energy costs, altering the DST savings equation.

These days, we use air conditioning far more on early summer evenings and turn on the heat during chilly mornings in the early spring and late fall, dispelling the idea that DST lowers energy usage. In states where air conditioning is needed almost year-round, DST may actually hurt, not help, home energy savings. (That’s the big reason why Arizona hasn’t adopted DST.)

Likewise, latitude matters when we wonder how Daylight Savings Time saves energy, since an extra hour of daylight in northern latitudes with colder climates may be far more valuable than southern and warmer regions. We also use our computers, electronics, and smart appliances almost constantly, so an extra hour of daylight won’t make an impact. Most of these studies also look only at residential electric bills, not commercial buildings, retail spaces, or offices.

The Best Way To Save On Solar

No one is really sure if the sun will set on Daylight Savings Time and we will go back to a uniform time, but one thing is for sure: the best way to save money on your energy and electricity bills is to go solar at home with LGCY Power. Solar power is now cheaper, easier, and more efficient than ever, and LGCY Power is at the forefront of America’s solar revolution.