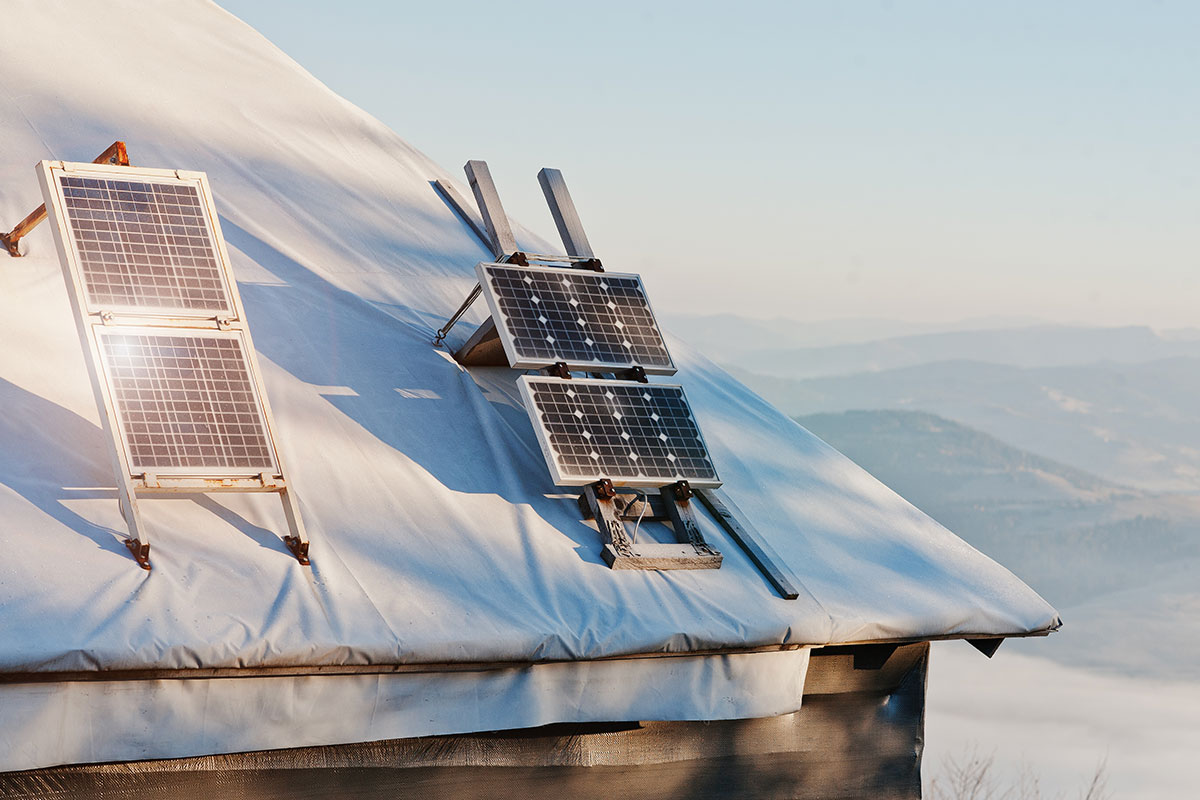 Solar energy provides clean, inexpensive energy for more Americans than ever before, with LGCY Power at the forefront of helping homeowners who want to save. But to understand where we’re going, it’s also important to understand the history of solar energy.

So, if you’ve ever wondered, “What is the history of solar energy?” read on!

The power of the sun was first harnessed by human beings in the 7th century B.C., when primitive magnifying glasses were used to light fires.

By the 3rd century B.C., the Romans and Greeks used mirrors to magnify the sun and light their torches used in religious ceremonies. These “burning mirrors” became commonplace, with a record of this newest solar “technology” even in Chinese civilizations.

In the 1500s, the iconic Italian technologist Leonardo da Vinci envisioned large concave mirrors to heat buildings and homes, which he sketched like so many other inventions.

Around that time, wealthy Europeans started having sunrooms or early green houses built to provide solar heat and grow exotic fruits that otherwise wouldn’t thrive in that climate.

The Birth of Modern Solar Energy

But it’s not until 1839 when we see the birth of modern solar energy. It was then that a prodigious young French scientist named Edmond Becquerel discovered the photovoltaic effect, a chemical and physical process where current or voltage is generated when a material is exposed to sunlight.

By the 1860s, a French mathematician named Augustin Mouchot registered the first patents for solar-powered engines, although they were far from usable in everyday life.

In 1873, the mineral selenium came to the forefront of solar power’s evolution, as electrical engineer Willoughby Smith discovered that the element had the potential for photoconductivity. That led to a revelation just three years later by English physicists William Grylls Adams and Richard Evans Day that selenium can create electricity when exposed to sunlight.

The Design of the First Solar Cells

Any discussion about the history of the development of solar energy wouldn’t be complete without Charles Fritts’ contribution. In 1883, this New York inventor designed the very first solar cells, constructed from selenium and a thin gold layer. Fritts installed these primitive solar panels on the rooftop of a New York City building. His invention only reached an energy conservation rate of 1-2 percent (while most modern solar cells operate at 15-20 percent efficiency), but these cells did produce electric current “that is continuous, constant, and of considerable force” according to Fritts’ account.

But it was another inventor, Edward Weston, who received patents for those solar cells, U.S. Patent 389,124 and U.S. Patent 389,425, in 1888. That same year, Russian scientist Aleksandr Stoletov invented the first solar cell that utilized the photoelectric effect, discharging electrons when light hit the cells.

After that, new patents came periodically, with American inventor Harry Reagan receiving a patent in 1897 for thermal batteries charged by solar energy. Another patent came in 1913 when William Coblentz designed a thermal generator that was more practical than ever before.

The Introduction of the Photovoltaic Cell

Our look at solar energy history facts takes a huge leap forward in 1954 when Bell Laboratories designed the silicon P.V. (photovoltaic) cell. There at Bell Labs, inventors Daryl Chapin, Calvin Fuller, and Gerald Pearson came up with the first-ever solar cell made of silicon – not selenium – that reached 4 percent efficiency at converting sunlight to power. With subsequent developments, they quickly reached 6 percent efficiency, but installing solar panels on a building or residential property was still a far-off concept.

One of the notable events in the brief history of the development of solar energy came with space exploration, as solar power was used to help power satellites, including Vanguard I, Vanguard II, Sputnik 3, and Explorer III, all in 1958. By 1964, NASA launched their Nimbus spacecraft satellite, which ran completely on 470-watt solar power. NASA used solar to power space exploration again in 1966 with the first Orbiting Astronomical Observatory.

In 1973, the University of Delaware created “Solar One,” the world’s first solar building. It didn’t have solar panels, but the solar capacity was built right into the rooftop materials, using a combination of solar P.V. power and solar thermal.

When the United States was thrust into an energy crisis in 1974, Congress quickly passed the Solar Energy Research, Development and Demonstration Act. With that, the U.S. government pledged to “make solar viable and affordable and market it to the public.” For the first time, it seemed that solar energy in normal life seemed viable for the near future. However, the path of growth for solar slowed in the 1980s when energy prices dropped precipitously.

The endorsement of solar power for the nation was a mercurial issue for U.S. presidents, too. President Jimmy Carter had solar panels installed on the White House in 1979, but President Ronald Reagan had them removed in 1981. It wasn’t until 2010 when President Barack Obama asked for solar panels to be re-installed at the White House, as well as a solar hot water heater.

The Solar Challenger: First Aircraft to Run On Solar Power

As we transition from the history of solar energy to the present day, it becomes clear why residential use of solar is more popular than ever. According to the Solar Energy Industries Association, the prevalence of solar energy has grown by an average of 50 percent annually over the last ten years. This is largely thanks to the Solar Investment Tax Credit, which was enacted in 2006. But the technology of solar systems, from panels to batteries, has also vastly improved. In fact, installation costs are now 70 percent less than just ten years ago.

Today, solar power is less expensive, easier, and more efficient than ever, and LGCY Power is the national leader in solar power for homeowners looking to save on their energy bills.

Call LGCY Power at 1.866.566.2650 and speak with one of our experienced solar professionals. Our solar experts will answer your questions about making the switch to solar power and will demonstrate how going solar will save you money in as little as one month’s time.