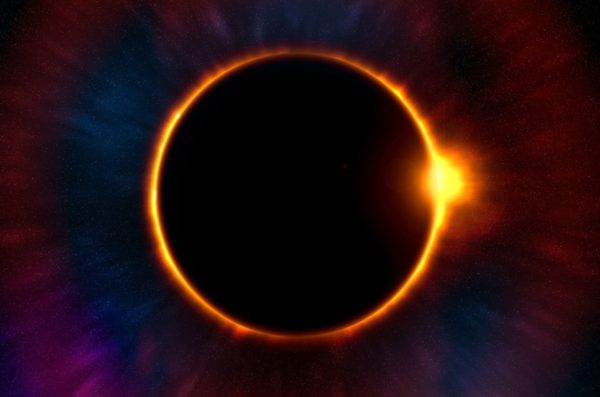 Astronomy is the science of studying the universe through both observation and theory. Astronomers study planets, stars, galaxies, and clusters. Astronomy can be separated into two main types: observational and theoretical astronomy. Most people with an interest in astronomy engage in observational astronomy, looking at the sky and identifying objects in space.

The study of planetary formation focuses on how planets form over millions of years. Starting with small particles of matter that collide and stick together, bodies increase in size until they are large enough to have gravitational pull, which draws in additional material. Eventually, full-size planets develop.

The moon doesn’t emit light of its own, but it looks like it shines due to the sunlight that reflects off of it. As the moon orbits around Earth, it changes position relative to us and the sun, which causes a series of moon phases. The phases range from the new moon phase, when we can’t see the moon at all, to the full moon phase, when it appears fully round. When the moon is full, it is directly opposite the sun with Earth in between. A lunar eclipse happens when the sun, Earth, and the moon align with each other, and they happen only when the moon is full. During an eclipse, the moon enters Earth’s shadow, causing less light to reach the moon’s surface. Earth blocks some or all of the sunlight from hitting the moon. A lunar eclipse can be a penumbral eclipse, a partial eclipse, or a total eclipse. When a lunar eclipse happens, everyone on the side of Earth where it’s night can see it as long as it’s not cloudy outside. Penumbral eclipses are very slight, so they’re difficult to see. Partial and total eclipses are easy to see, and they’re fascinating.

When the moon obstructs sunlight and casts its shadow onto the Earth, a solar eclipse is happening. Solar eclipses occur during the day as the moon moves to block the sun. Solar eclipses can be partial or total. In a partial eclipse, the moon isn’t fully covering the sun, and in a total eclipse, the moon fully obstructs the sun. Total solar eclipses are rare, and when they happen, not everyone on Earth will be able to see them. Only people in the path of totality will experience total darkness during a full solar eclipse. Eclipses only last for a few moments, and the darkness during regular daylight hours can be confusing for humans and animals. While the moon is in place in front of the sun, only the corona’s light is visible. Corona light is dimmer than full sunlight, so we don’t usually see it. It’s very important not to look at the sun directly, even during a solar eclipse, because severe eye injury can happen in only seconds. To view a solar eclipse, people need special viewing glasses that will protect their eyes.